This is just a quick little post to create a conversation ( / blow off some steam) about how bicycles that are not well designed continue to be produced.

Working as a mechanic I began to notice, fairly often, bikes that have been built ok enough for riding for a few months but with no thought put into the design in regards to repairs. I’m talking about parts of the frame or its attachments blocking screws, nuts and bolts and consequently hindering the possible purchase / leverage  for screwdrivers, allen keys or spanners. These are very minor faults but it makes me think that some people who design bikes have probably never worked on repairing them.

Another classic example of bad bikes being manufactured are the cheap, supermarket ‘full-suspension-bike-with-disc-brakes’: Somewhere along the way companies realised that ‘the kids’ wanted a full suspension bike with disc brakes, nothing else mattered to ‘the kids’, if it had these two things it meant it was a good bike. So the companies whacked on the cheapest ‘suspension’ they could make, which had absolutely no shock absorbing function yet still managed to waste energy put into pedaling. Add to this mechanic diskbrakes that are no more effective than a standard V-brake, et voila, the public wants what the public gets.

But far worse than either of these examples is Le Pibal. It is, in fact, the reason I am writing this blog post because not only was it bad the first time round but those who conceived it and forced it out of their metaphorical c***s have not learnt from their mistake, nor it would seem do they admit it was one.

Pibal was dreamt up by Philippe Starck, funded by the mayor of Bordeaux and manufactured by Peugeot. If you don’t know who Philippe Starck is, he is a master bicycle frame-builder with 30 years of experience, who started his career as a professional road cyclist before turning mechanic for his club then eventually setting up his own artisanal frame workshop just outside of Bordeaux where he continues to make hand-made steel frames to this day… Ony joking he is a world-famous industrial designer known for his long-legged lemon squeezer.

Starck wanted to design a bike that was “an answer to new urban ergonomics” so he crossed a bicycle with a micro-scooter and called it “an inventive response to the new questions posed notably by pedestrianised zones”. Not even that inventive if you ask me, plus there aren’t very many pedestrian zones in Bordeaux anyway. Furthermore do pedestrainised zones actually pose a problem to a cyclist? Cycling slower usually suffices or if it was super crowded you could simply get off and push for a bit.

So anyway Starck designed this.

…and here he is scooting around like a the village bell-end on it, note how natural and at ease he looks. 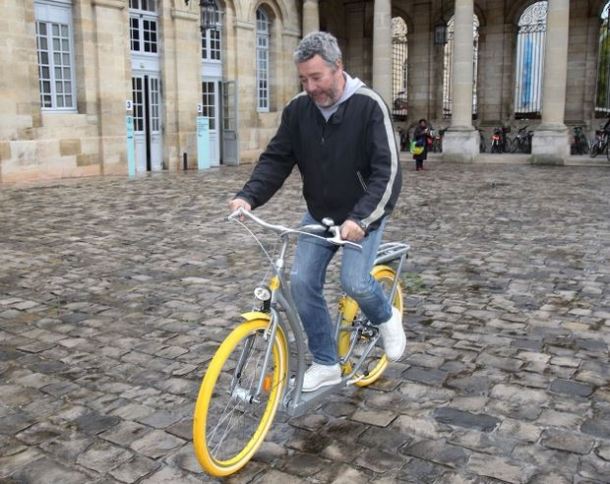 Apart from being a hybrid bicycle-scooter its other noteworthy features were: 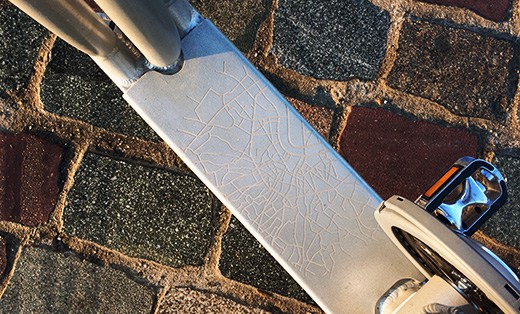 It was equipped with two gears integrated internally into the rear hub. Yes not one but two gears!

These Pibal ‘bikes’ were destined to be the free to hire city bikes offered by Bordeaux city hall to its citizens. They were to replace these, much simpler ‘classic bicycles’, which in my opinion may not be the best looking bikes in the world but they are practical (single speed with no fancy additions) and therefore must be cheaper to produce. 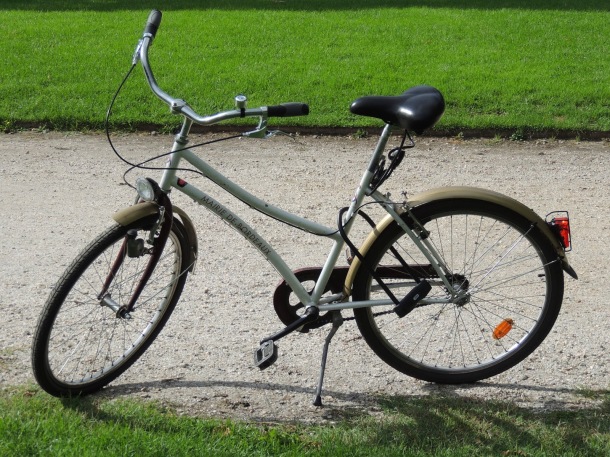 The release was highly anticipated but kept being held back due to delays in production. Eventually the bike that Starck deemed “rustic and reliable” was ready and 323 were put into circulation. Just a few months later they were all recalled due to multiple reports of cracks in the frame. I can’t have been the only one that wasn’t surprised. 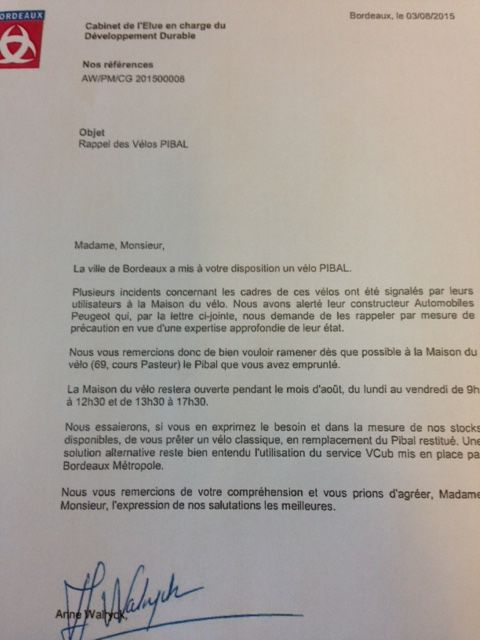 Other negative points reported by the few who did get a chance to try them were:

Just when you thought they were gone for good, left to become collectors items, The Pibals are back! Well not just yet but earlier this month Bordeaux Metropole announced that they will be spending €150,000 of taxpayers money getting the fleet of Pibal roadworthy again.

According to some sources this will mean each Pibal has cost €720. Whats more it was also announced that the city will spend €50,000 on new Pibals each year for the next three years.

Okay so I don’t claim to be an expert but I do have some experience and schooling in bicycle mechanics and I cycle around Bordeaux on a daily basis, which is more than can be said for old Starcky I’d imagine. So if I worked alongside Peugeot for a couple of weeks (on minimum wage, I don’t charge celebrity designer fees)  I could come up with a better bike for the people of Bordeaux. And at a production cost of less than €300 per unit. I’d even be confident enough to test mine against the Pibal and let the people decide for themselves. So if you’ve read this far and agree with me send a little message to Anne Walryck and ask her nicely, who knows it might work.

I’d also love to hear any other stories of bad bicycle design, so leave a comment below if you have one. Thanks 🙂